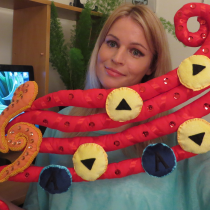 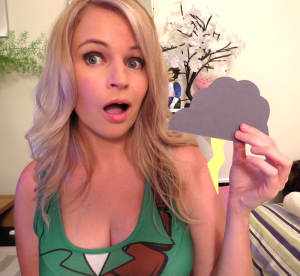 Today I want to share with you the huggable song of storms I created! The song of storms was always one of my favourite songs in Ocarina of Time and Majora’s Mask. There is only so much you can do with a song, you know? But I decided to create something lovely and beautiful that will brighten up any Zelda fan’s bedroom. There is no wire in this creation. 🙂 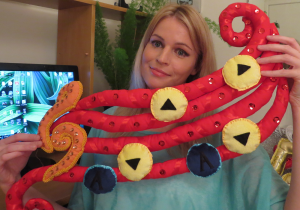 Me posing with the Song of storms plushie!

I came up with several designs for the song of storms plushie before I finally decided on the one I wanted to use. I tried several different types of material to figure out which one would not only be extremely soft, but also easy to sew. Cotton was a no go, because of the amount it frays. (So sewing the yellow circles for the notes was a no go) Eventually I found a good fabric to work with. 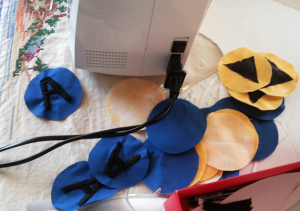 First I tried cotton for the notes. Not a very good choice.. it frayed too much! 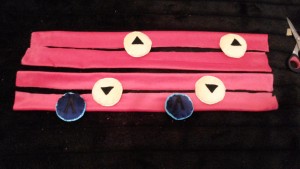 My first attempt. The straight bars simply didn’t charm me enough, I wanted to make something cooler!

To make the A’s, at first I decided to embroider them myself. This looked pretty cool, but I didn’t end up using them as I found a better fabric to use for the blue colour as well. In the end I found some lovely A’s at spotlight that could be sewn or glued onto each note, and they looked fantastic! 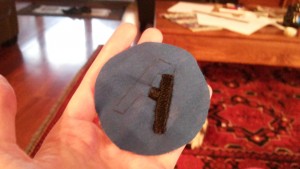 This was time consuming, and In the end I found some lovely A’s at the shop which were amazing! 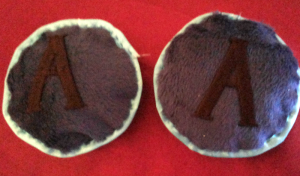 The pretty little A’s I used instead

The next Song of Storms feature I wanted to combat was how I was going to sew the bars for the music. I mean, they can’t touch, but they have to hold together. After trying to sew them onto a cushion, I completely scrapped that idea, as it was not unique enough. In the end I made the bars curve up to meet the next bar, so these could be sewn accordingly!

Cut out song of storms – Not a bad second attempt! 😀 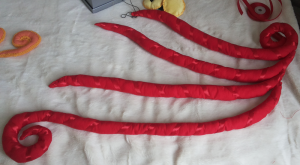 Positioning the music bars for awesomeness! I put some little red ribbon around them to make it look extra cool, too 🙂 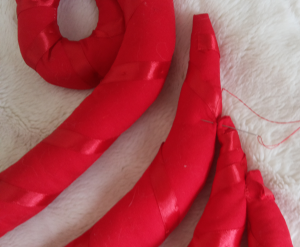 For the Bass/Treble clef, I gave it an ornate ribbon around the edge and some gems to make it sparkle! I then proceeded to sew these on to the bars. After this I sewed on the notes, and embellished the bars with some red sequins. The result is as follows! The softest, squishiest Song of Storms in the world!!! 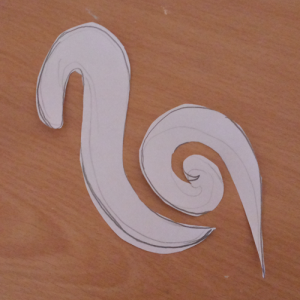 Cleft cutout – Zelda. Not very tidy, but it did the job! 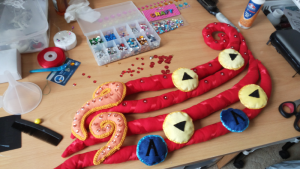 Sticking on the goodies 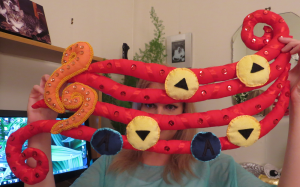 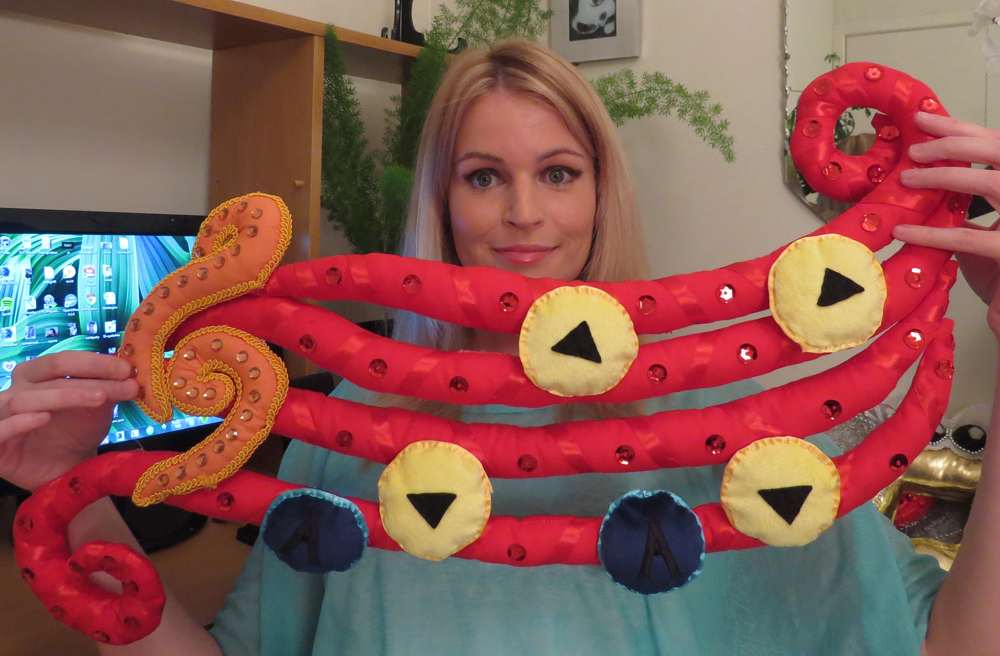 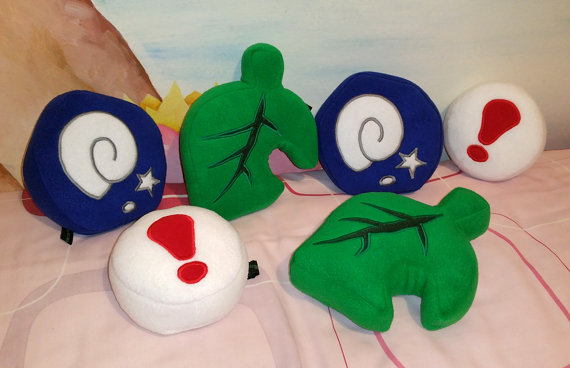 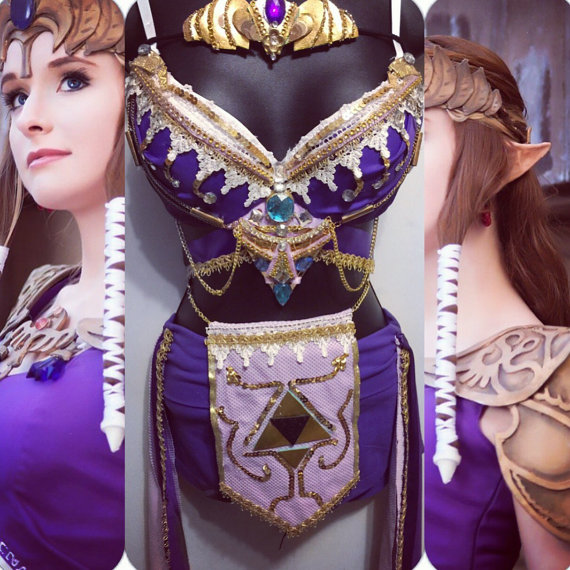 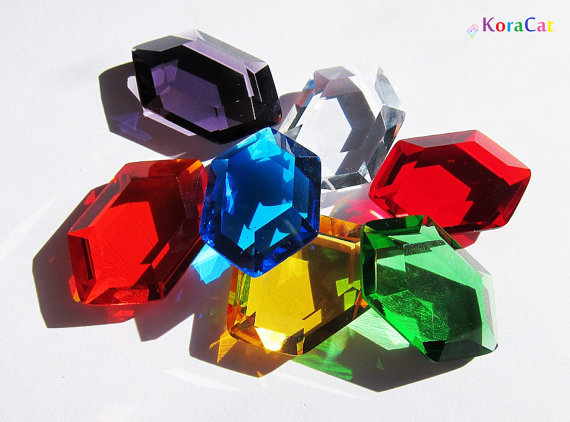